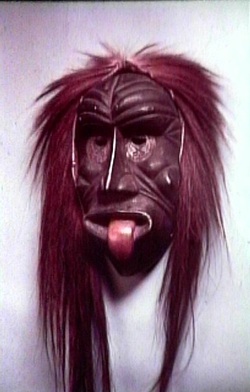 The Iroquois believed that in the beginning there was the Sky World.  In the middle of the Sky World was a great tree that gave life to that world, but the tree was uprooted and the Sky Woman fell through the hole.  Below her was water, but two swans flew up and carried her to the back of a great turtle.  On the turtle the animals put mud, and the mud grew into the earth.  The Sky Woman had brought seeds with her to the earth, and planted it.  Eventually she had a daughter who in turn had to sons: one evil and one good.  The evil son created everything that was evil in the world, and the good son created everything that was good (Doherty 22-24).  They believe that Ha-wen-nu-yu is the good creator, and that if the Iroquois do not live their lives rightly that his evil brother will be permitted into their lives (Doherty 24).

The Iroquois believe in many other spirits as well.  They believe in the spirit of the three sisters (corn, beans, and squash); and they pray their thanks to them every day and before meals because the spirits sustain and nourish them (Doherty 24).  They believe that all animals and plants have a spirit, so they silently ask permission for killing an animal before hunting them and they are mindful to never take more from the earth than they need (Kalman 28).

The Iroquois also believe in the power of dreams and divine healing.  The Society of Masks will act out dreams that the Iroquois have with the belief that through the ceremony the tribesman will be healed (Kalman 29).  Iroquois spend much time trying to interpret their dreams, and it is very important that whatever happens in a dream comes true in life or they might become ill.

The Iroquois have six major religious ceremonies each year: